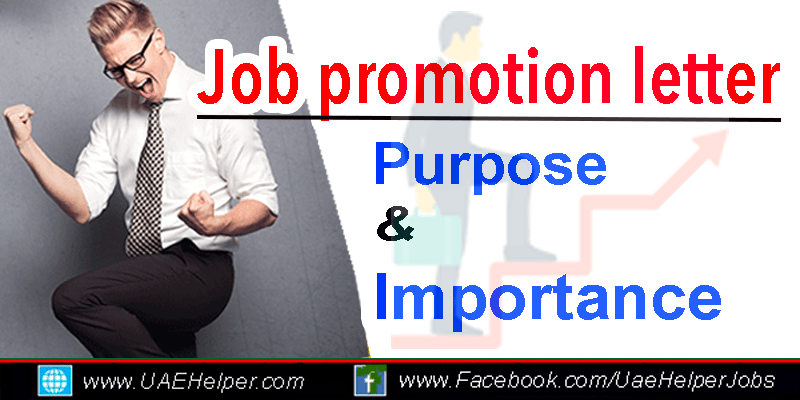 How to Write a Job promotion letter?

Purpose of the promotion letter:

It is a promotion letter from employer to the working person in the organization. In this letter, he appreciates the performance of the employee. After that, he describes the position, in which that person is being promoted and after that, the administration gives good wishes to the person about his promotion. Other important factors which are related to the job, like the salary of the person and the perks and privileges of those jobs, are also being mentioned in that letter, for the sake of resolving any complication and ambiguity in the future.

Also Visit: What to Look Out For in a Job Offer Letter?

Important factors of the promotion letter:

1) Date of the promotion:

2) Information about the new job:

Mentioning the name of the immediate supervisor, to whom the employee would be answerable in the future, is also a very crucial aspect of the promotion letter. It will make obvious for the employer that, he is answerable to certain supervisors and it would not cause any difficulty to his professional working of future.

4) Convincing the employee of his promotion:

Convincing the employee that why he should accept his promotion and agree to his new duties is also needed to be done appropriately. The correct explanation of the importance of the new job and the right use of the other associated benefits and reasons for the promotion is required for it.

Important tips and strategies, which are important to follow during writing these promotion job letters, include the following points, through which you can take the idea of the promotion letter sample.

6) Maintenance of the official tone:

It is crucial to maintain the professional tone of the letters, which are being written for the promotion. Even congratulating the promoted employee should be done in such a formal manner, so that the official decorum of the office should not be disturbed.

7) The correct mentioning of the figures:

It is also mandatory to double check the letter before delivering it, so that the any mistake in the salary packages, the duties of the new job, the supervisor names can be avoided.  Any mistake or fault can cause future ramifications, so this is a very important aspect to be careful about while writing the promotion letter.

8) Formatting of the letter:

Formatting the letter, before handing it over to the employee is important to do. The same method is used for formatting, which is used for any other official letter. Formatting makes the letter look more authentic and professional, so a deep understanding of the formatting rules is needed to complete this process.

It is good to improve your expertise for promotion letter from employer. In this way, you will get training to meet the challenges of the modern world.

Last Updated on September 30, 2021 by UAEHelper.com